About Pretty in Ink

Pretty in Ink started in 2007 with a simple concept, branding a design that was easily obtainable.

The phrase “pretty in pink” was catchy for a child of the 80’s. Screen printing the logo on to textiles that are soft, simple and complimentary became an interest that lead to the creation of Pretty in Ink.

Almost a year later, in 2008, the interest for cosmetic tattooing was reignited and harnessed. When Mandi obtained her credentials for micropigmentation, little did she realize at the time, she had the branding for her new venture already in existence.

Pretty in Ink has had quite an adventure in it’s 14 short years. She’s moved state lines in 2011 and rebuilt herself from the ground up. First established in a tattoo studio, then a hair salon, a medical spa and in 2018, a beautiful loft in the Discovery District of downtown Columbus, Ohio.  Here she has gained some square footage and expanded with more service providers.

We are specializing in cosmetic tattooing of eyebrows by different methods such as nano brows, powder, ombre, and microblading. You may book us for eyeliner, lip color, beauty marks and freckles too. We are the home of the Swarovski Tooth Gems!

CHECK OUT OUR SERVICES 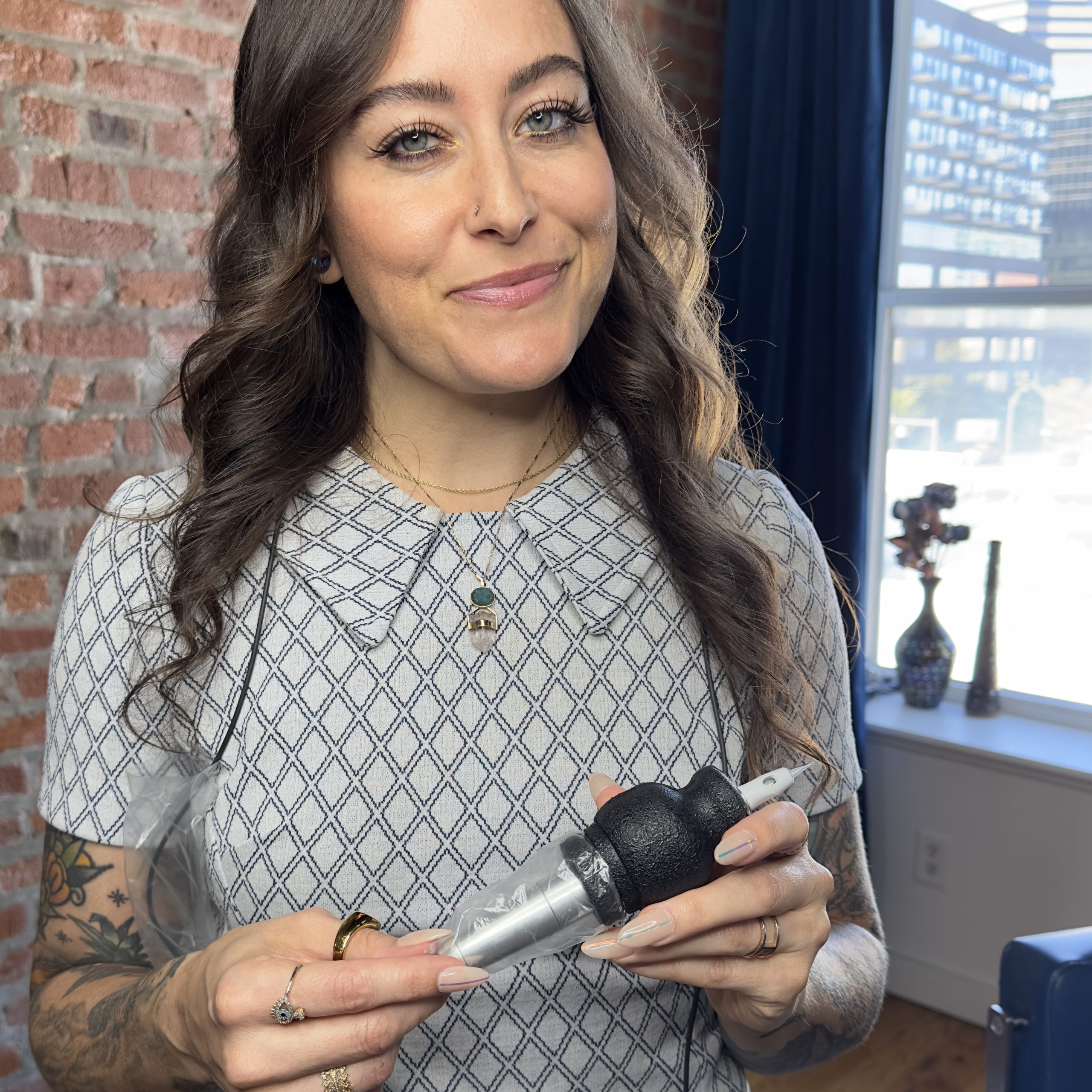 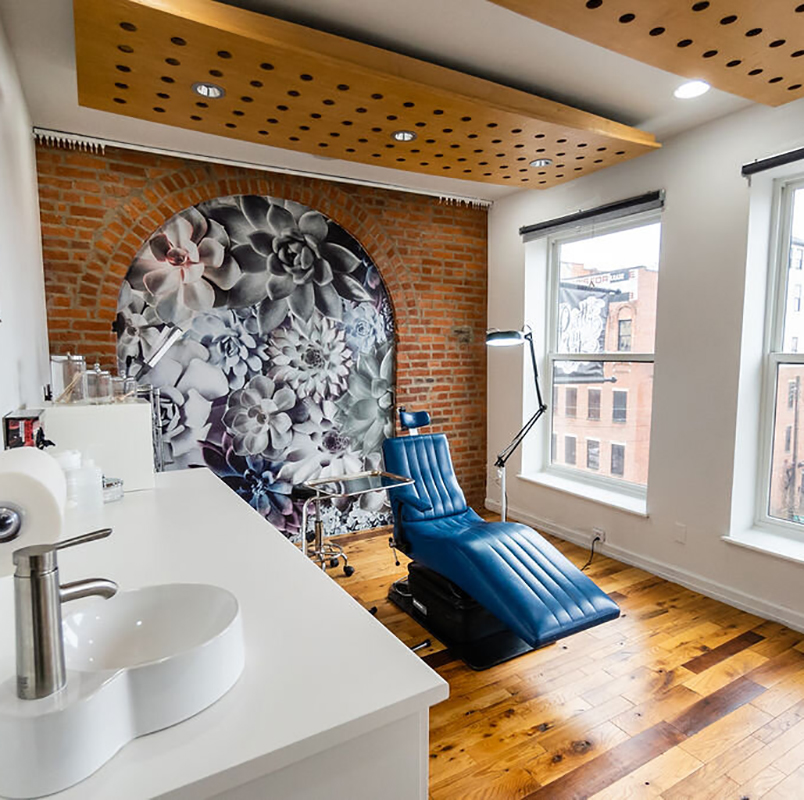 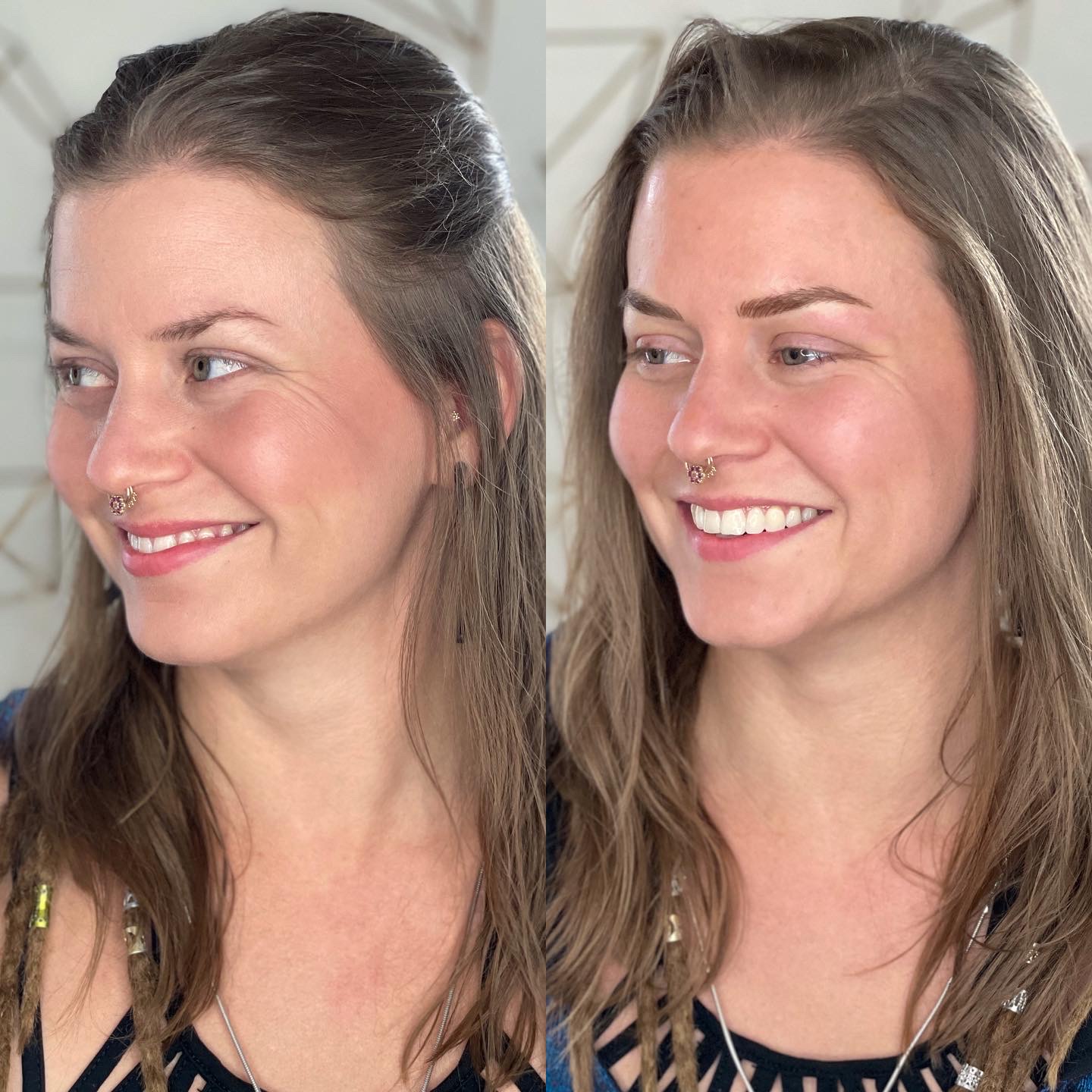 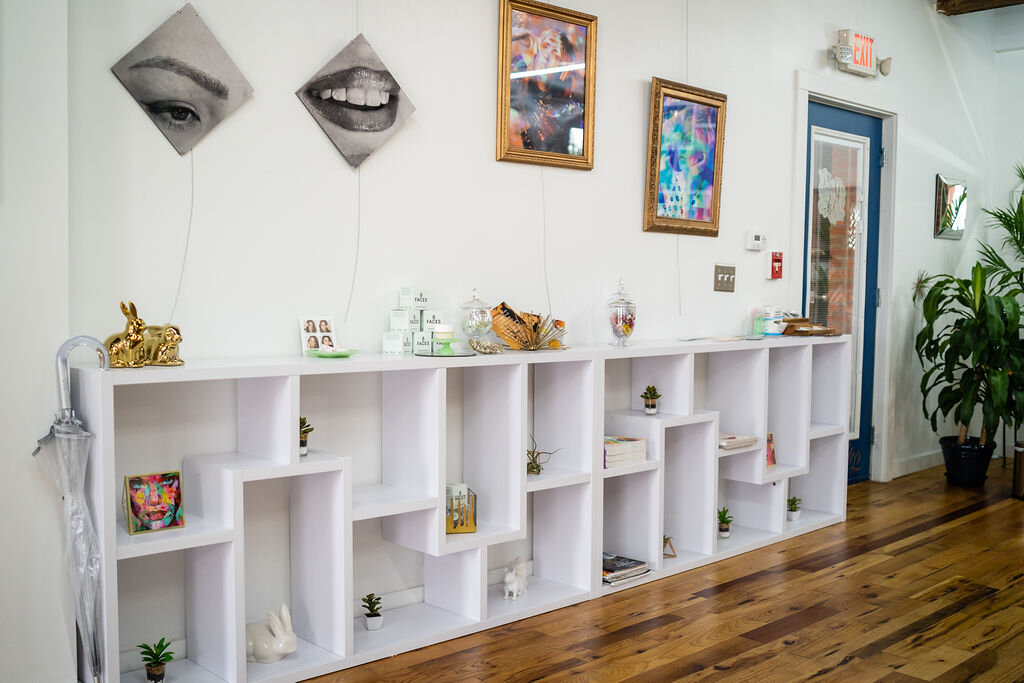 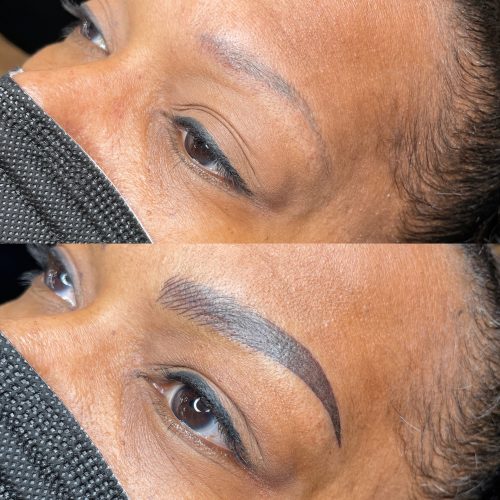 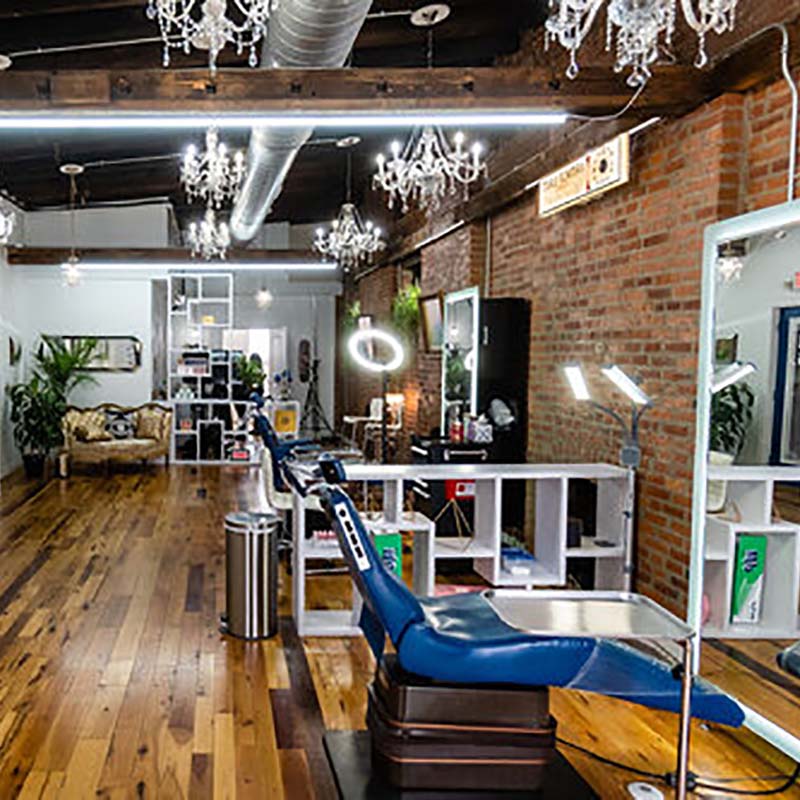 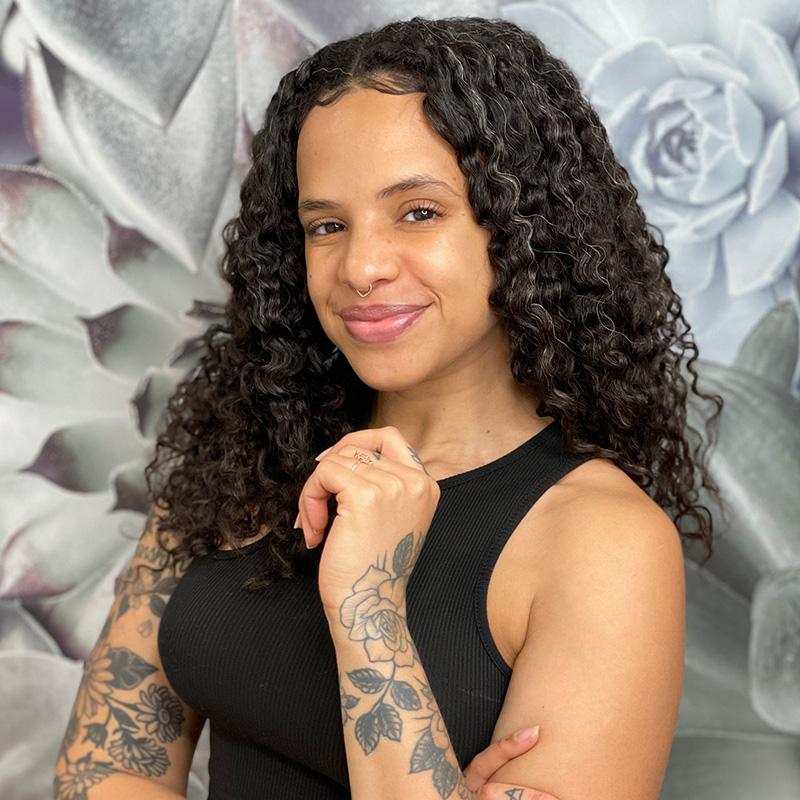 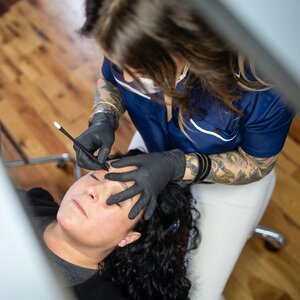 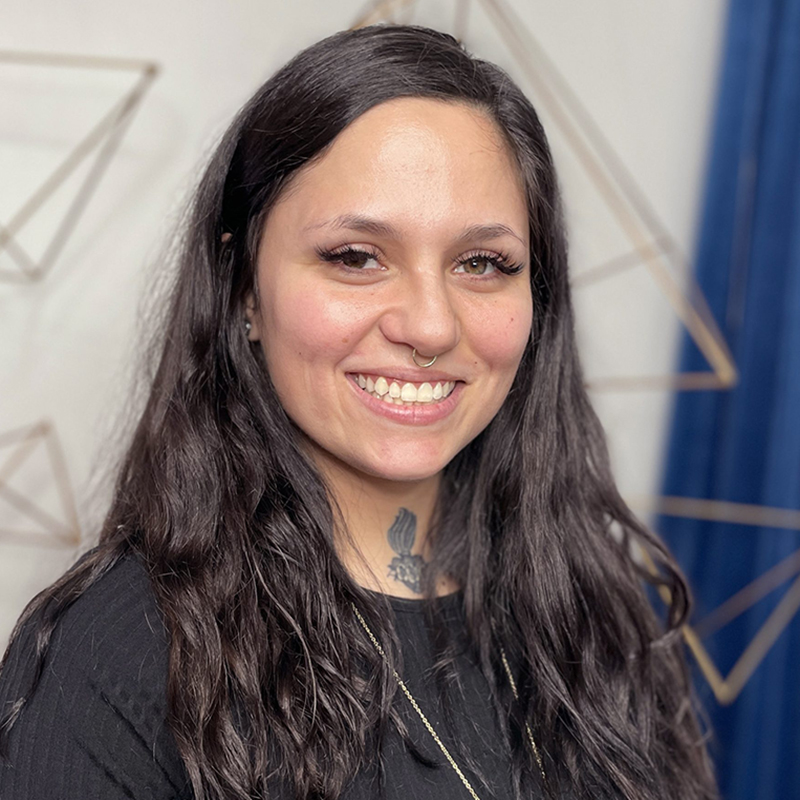 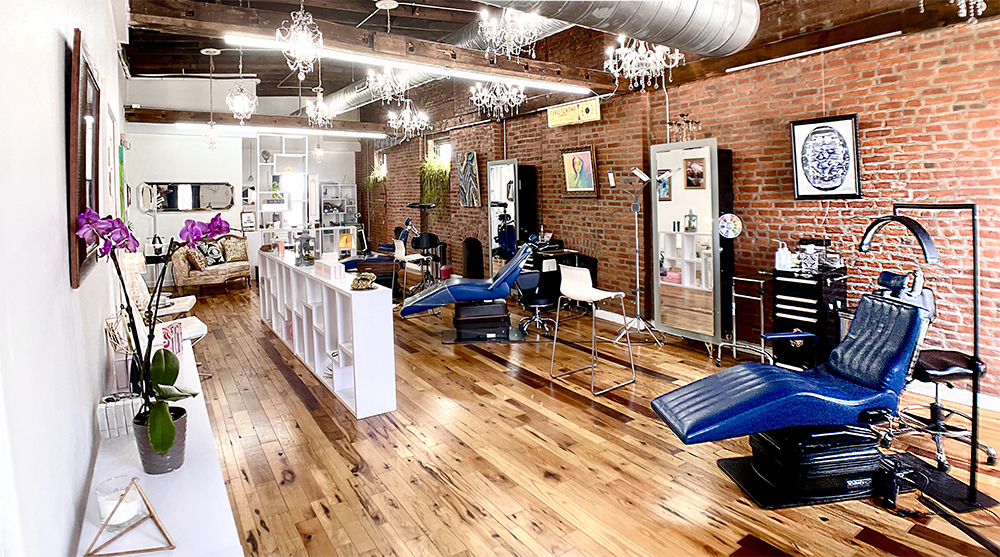 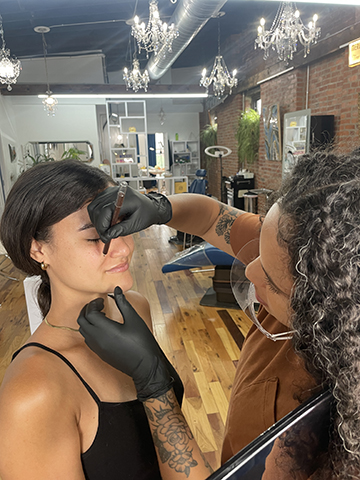 What They Say About Us

The first time I went to Mandi a few years ago, I had basically no brows. I’ve had regrowth, and she was spot-on building my brows where they would/did naturally grow! Since then I have gotten liner done and most recently a brow color boost, and I have been so pleased with all of her work! Bonus points for ambiance of her shop.
Kristen B.
I came in to have my eyebrows microbladed. My niece is training under, Mandi, the owner. All workers wore protective gear. Mandi spent time reviewing what was being done to me with the perfect amount of critique. The shop is just the right amount of chic. I walked the four floors to the shop although there is an elevator. Check the place out.
Laura D.
I absolutely LOVED my experience at Pretty In Ink. The environment is such a fun & cute place. Everyone who works there are so sweet & welcoming. My brows by Bree look AMAZING and I am so happy with the turn out. I will definitely be a returning client for other services. 10000/10 recommend to anyone looking to get any of the services they provide, I promise you’ll walk out feeling more beautiful & so satisfied!
Madelyn
Close Panel